Sun River Canyon has amazing geology and provides an incredible opportunity to examine the dramatic overthrusts of the Sawtooth Range.
Each year geology programs throughout North America travel to our area to study and inspect the unique limestone formations.

Whether you are at the university level conducting a field trip, on your own writing your thesis paper or just a self proclaimed “rock hound”; Sun Canyon Lodge offers options for all groups big or small.

Inquire about the “Large Group Menu”, cabin prices, campground/shower facilities or a just a burger and a cold beverage off of the Lodge menu; know that we will take care of you and accommodate all of your group’s needs.

“In one form and another, the overthrust belt winds a varied, and more or less disconnected, course from the arctic end of the Canadian Rockies to Central America. But the province is not nearly as simple as a long, curving, line on a map might suggest. Geologist who try to trace the overthrust belt find that its different segments consist of quite different rock formations; and it is difficult to find several geologists who can easily agree on exactly how one segment connects with the next… 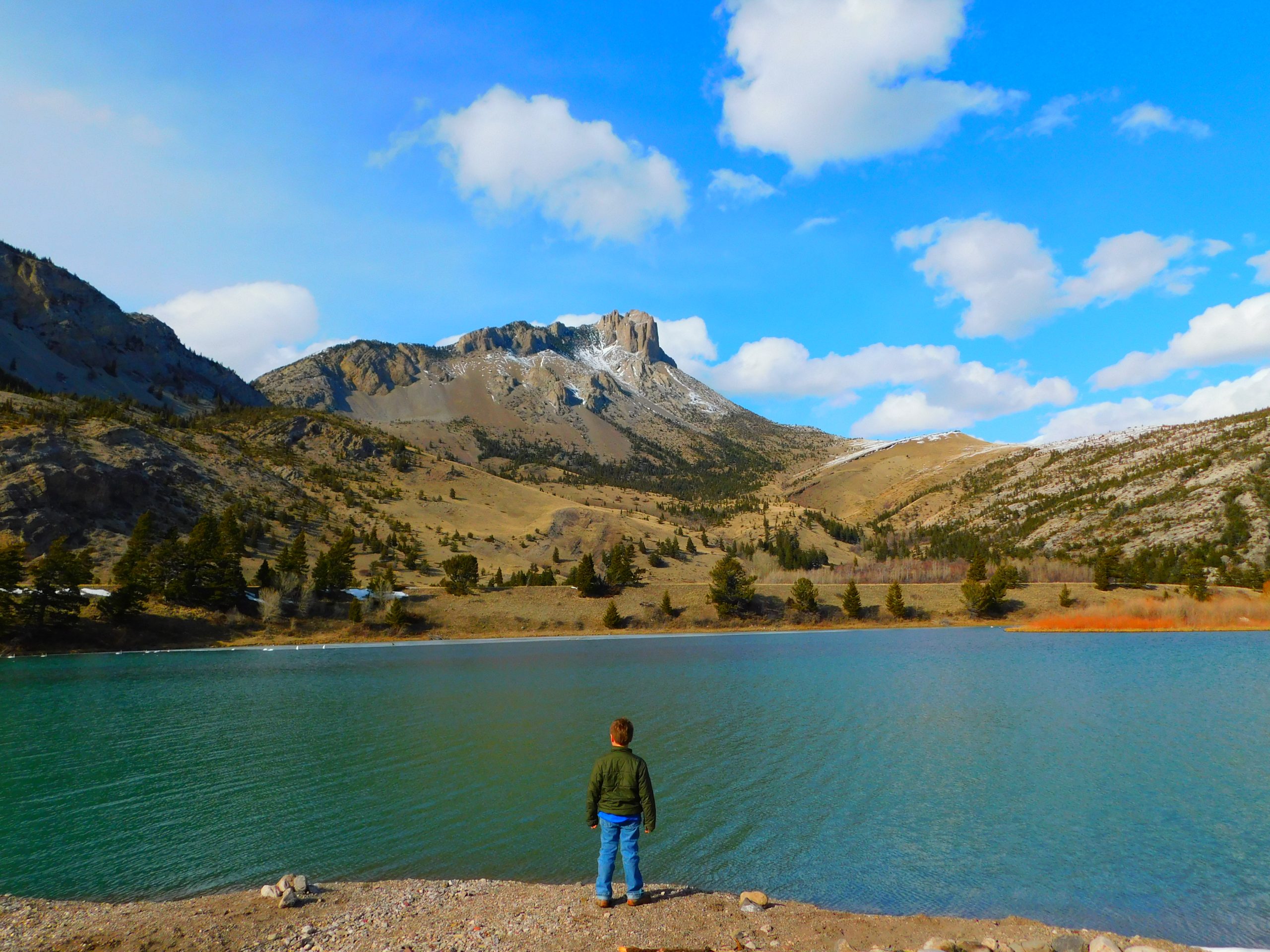 Considered from a geologic point of view, that portion of the overthrust belt is really a southern extension of the Canadian Rockies. Rocks do not suspect political boundaries. The northern Montana portion of the overthrust belt consists of the mountains of Glacier Park, and the Sawtooth Range, which extends from Glacier Park almost to Helena and includes the Bob Marshall and Scapegoat Wilderness areas. All those mountains share the same general geologic history, which begins more than a billion years ago with deposition of the oldest sedimentary formations. 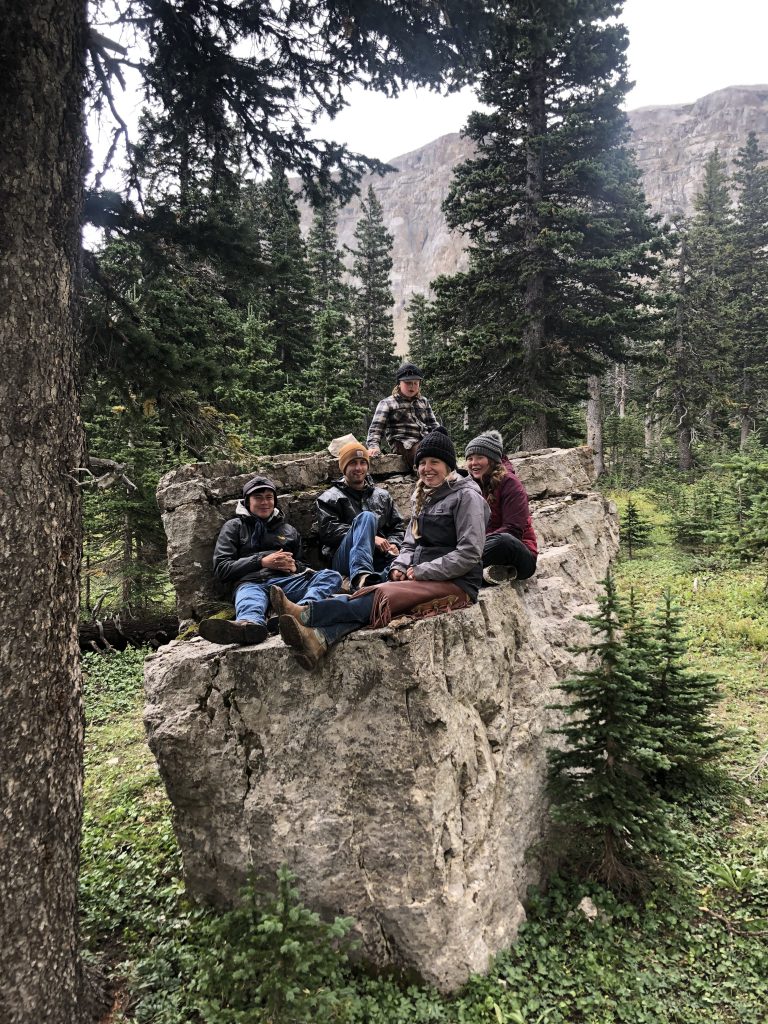 A billion or so years ago, during the remote period geologists call the Precambrian Era, the western margin of our continent was about where the western border of Idaho is day. There were no animals yet, and the highest forms of life were primitive blue-green algae similar to some of those that still form scummy growths in quiet pools of water. Thick sequences of layered sediments destined to become formations of mudstone, sandstone, and limestone were accumulation some in shallow water, others on more or less dry land. Those rocks now form a large and conspicuous part of the northern Montana overthrust belt, virtually all of Glacier Park and most of the western part of the Sawtooth Range. No one knows how thick the section of Precambrian sedimentary rocks is, but it amounts to some tens of thousands of feet—an enormously thick pile… 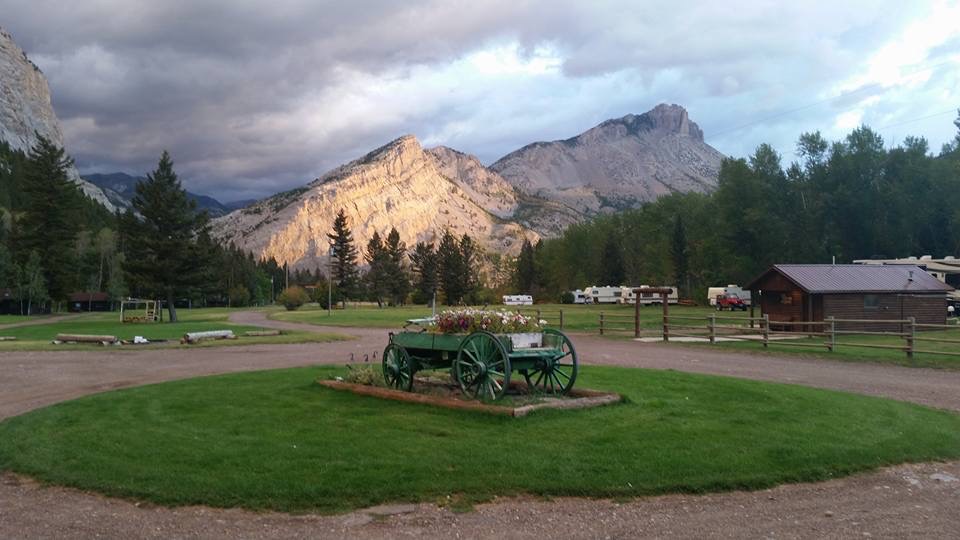 Visitors to the Rocky Mountain Front notice almost immediately that the landscape is built on a basic framework of high ridges and deep valleys that continue for many miles. This distinctive landscape, vividly expresses the geologic structure of the overthrust belt…

Castle Reef, the high ridge that is easily viewed from Sun Canyon Lodge, forms the abrupt eastern front of the Range in the Sun River area is an enormous slab of Madison limestone tilted gently down to the west. Several formations that normally lie on top of the limestone are exposed in the valley west of the ridge, exactly as one would expect…There is only one way to get a big slab of Madison limestone or any other formation on top of rocks younger than itself, and that is by faulting. Those immense slabs of rock must have slid over the younger rocks along a surface that slopes gently down to the west. Geologist call such surface slippage overthrust faults. The Sawtooth Range contains over a dozen large overthrust faults and many numbers of lesser ones…” 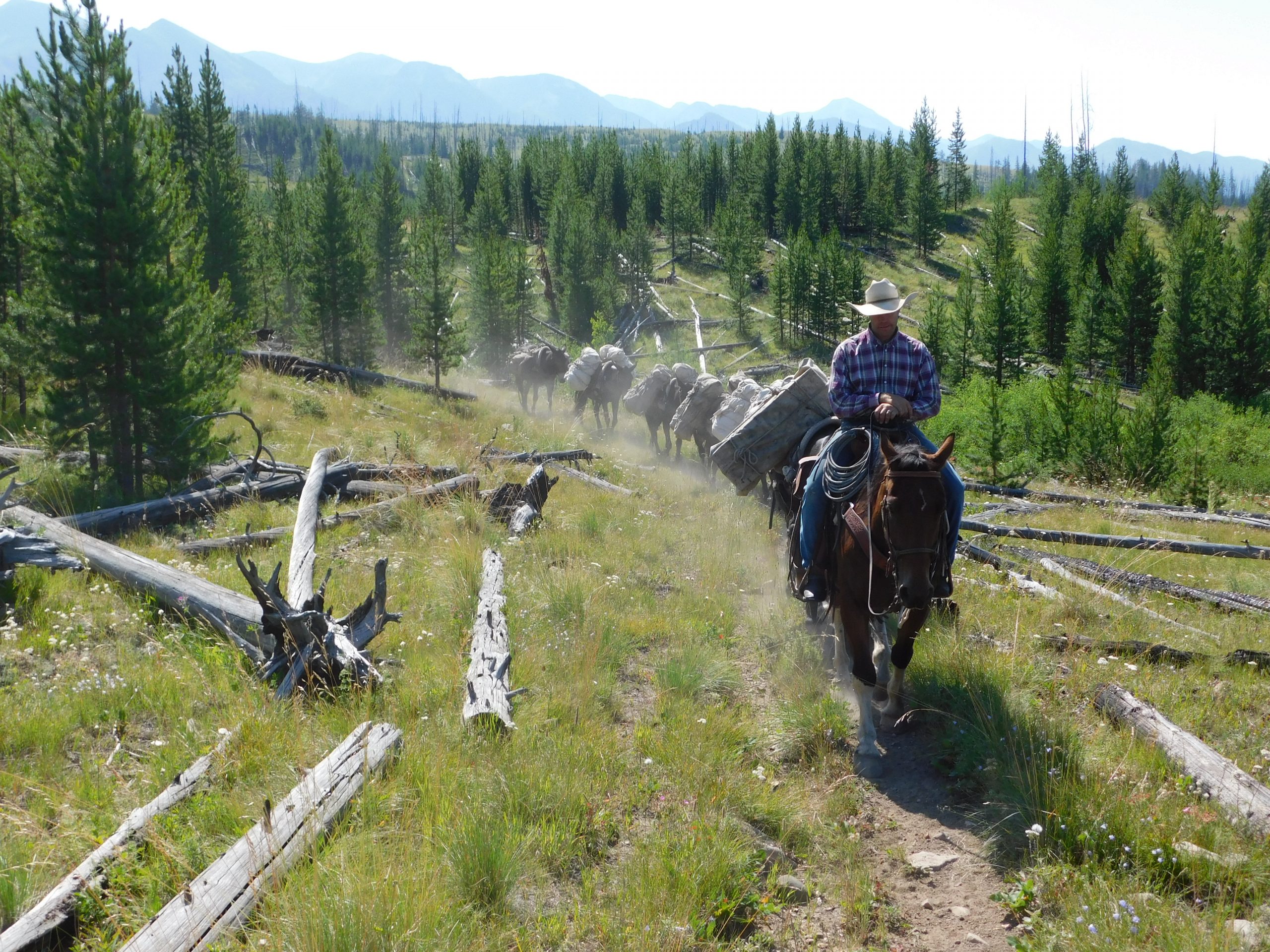 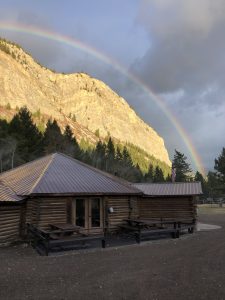 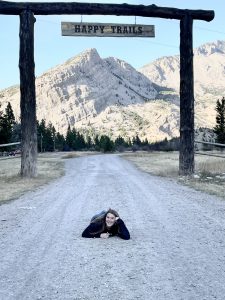 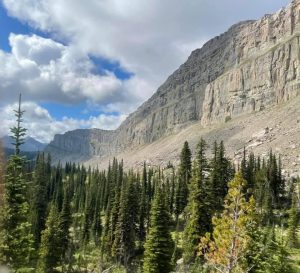 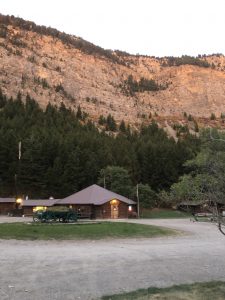 This is the most wonderful place to be. My husband and I spent our honeymoon in sun canyon and it has become our favorite place. I will continue to come here for as long as I can. This is a great place to make memories. Thanks Josh And Nikki. You are great people. Love you Charlie and Kadie

I went to my friends wedding and from the time we got there to check in the staff was so awesome and the Sun Canyon lodge camping area is absolutely beautiful! Sleeping in your tent next to the creek was wonderful to listen to! Fun fun fun

We stayed here for several nights. The camp ground is terrific. Showers are amazing! The restaurant serves terrific meals and the prices are reasonable. They go out of their way to make you feel at home. They don’t treat you guests, they treat you like family. Thank you to Nikki, Josh and cowboy Nick for making our stay memorable and fun.

This is a beautiful spot. The fishing opportunities are excellent and you can’t beat the Bob Marshall wilderness for hiking and horseback riding. I’ve travelled all over the west and highly recommend this place.

Outstanding! From my initial phone call inquiring about scheduling a ride for nine, of varying ages and experience, to the end of the beautiful, amazing ride our day was spectacular. Gracious, kind, knowledgeable and a beautiful setting. A++++

A true piece of heaven hidden in the Rockies. Whether you are a camping local or a cabin-renting out-of-state tourist, this is a place of peace, beauty, super clean facilities and some of the best burgers you will ever taste. The views are breathtaking and the staff is wonderful. A Montana “must do!” Would recommend without question or hesitation.

Truly an amazing experience. Niki and Josh run a great business. Their staff is outstanding. I will definitely be back in the future.

Sun Canyon Lodge is tucked in to a breathtakingly beautiful gulch with a cliff on one side and mountain views on the others. Josh and Niki are wonderful hosts, with Niki handling things at the Lodge and Josh guiding the wilderness piece of the adventure. The cabins surrounding the main lodge are charmingly rustic and immaculate. The main lodge, with the restaurant and bar, is warm and cozy. The stables and corrals are a short stroll away so you can visit the animals and if you’re lucky, see a new foal! Be sure to ask Josh and Niki’s young son Charlie for a tour.

The staff was amazing. The scenery was spectacular. The accommodations were cozy. I really appreciated the whole operation–this was in the middle of covid and though the mask mandate did not apply to Teton County, they struck a balance between careful and adaptable. I recommend highly!